This shows an Eric filter installation to replace a large five-vortex system installed some 13 years ago.

a.    The running costs of both electricity and heating oil could be drastically reduced by up to 55%.

b.    The existing system took up far more space than was necessary in the filter housing.

c.    What may have been a good filtration system 13 years ago has been greatly superseded by Eric technology since then.

d.    Time spent in maintaining the system will be reduced more than ten-fold.

The pond itself is a perfect circle of 3m diameter with a single bottom drain placed centrally on the base. The 4” drain line entering the filtration housing will be split into two separate 4” lines in order to supply water to two Eric Three units.

Before the removal of the old filtration could be commenced we installed a standard Eric2 pump-fed unit on the 5,200-gallon pond to keep some mechanical and biological filtration running during the upheaval. 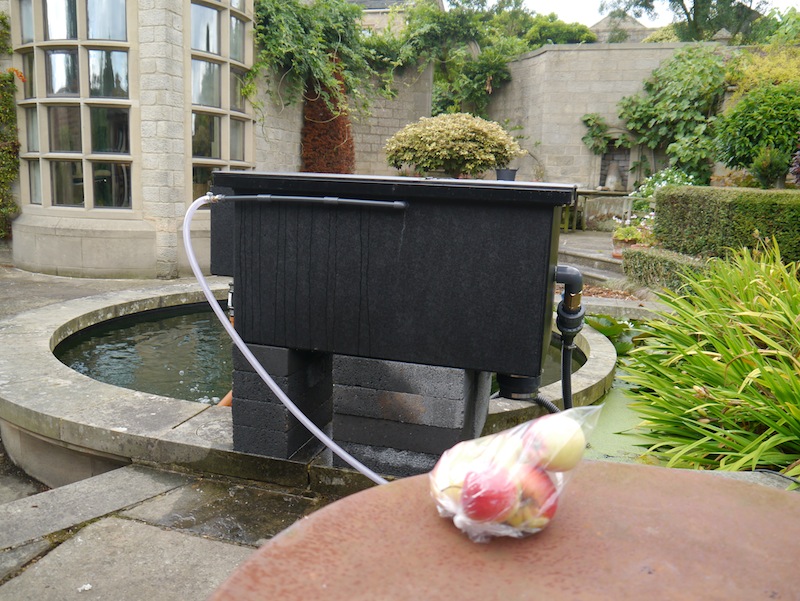 The old vortex units had to be cut into sections and removed as they could not be removed through the narrow door of the filter house. This next shot shows only 30% of the final pile removed which was later taken away by waste skips.

This next shot shows the filter housing after we had finally removed all the original items, which took up a massive 80% of floor space in the housing. 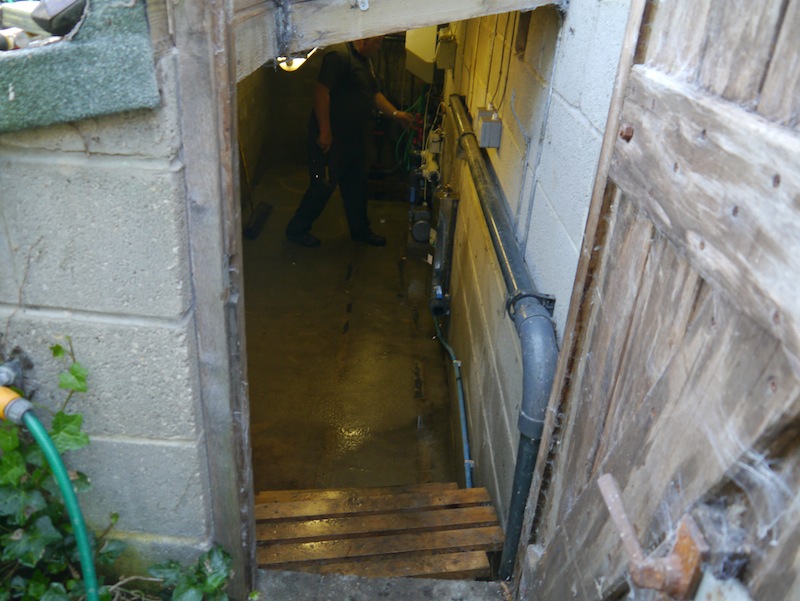 The two Eric Three units will be installed on tailored steel frames in a few days but we decided to check just how much space they will take up beforehand by placing them temporarily on concrete blocks in order to show just how small the ‘space footprint’ is with these units. 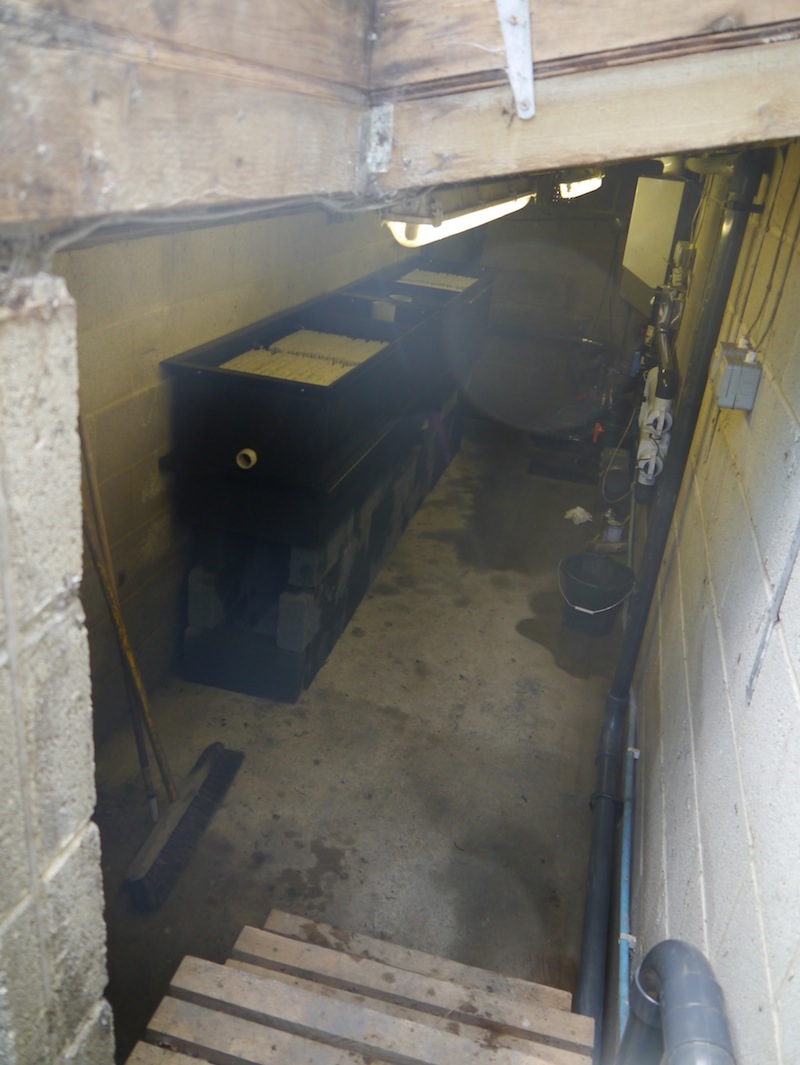 This now represents only one third of the volume taken up by the old system!

There is MUCH more to this design that will be explained as the installation progresses, please keep checking back.