This pond is being built for an experienced Koi enthusiast who has been separated from his Koi (through business reasons) for several years.

His family’s home is in one of the most charming ‘olde-worlde’ villages I’ve ever seen.

His work carries him to most parts of the world and sometimes it’s difficult to get hold of him.

On the first trip down there to meet him, he showed me the garden and what he had in mind. 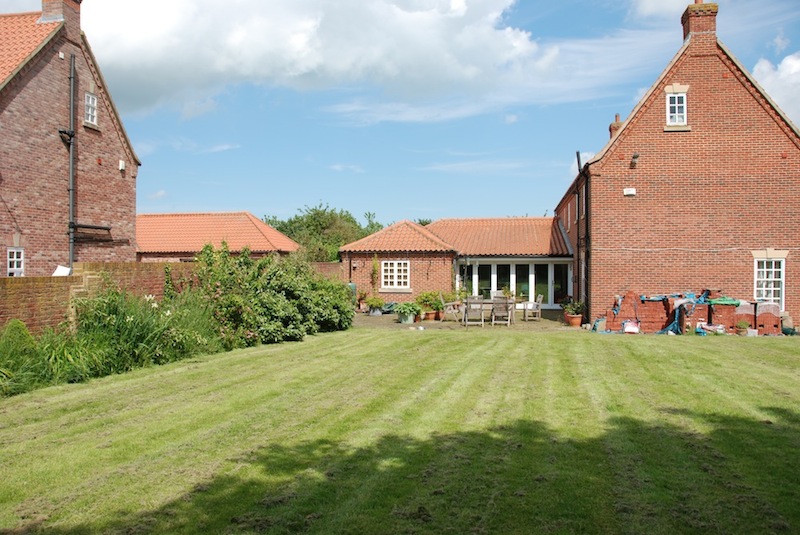 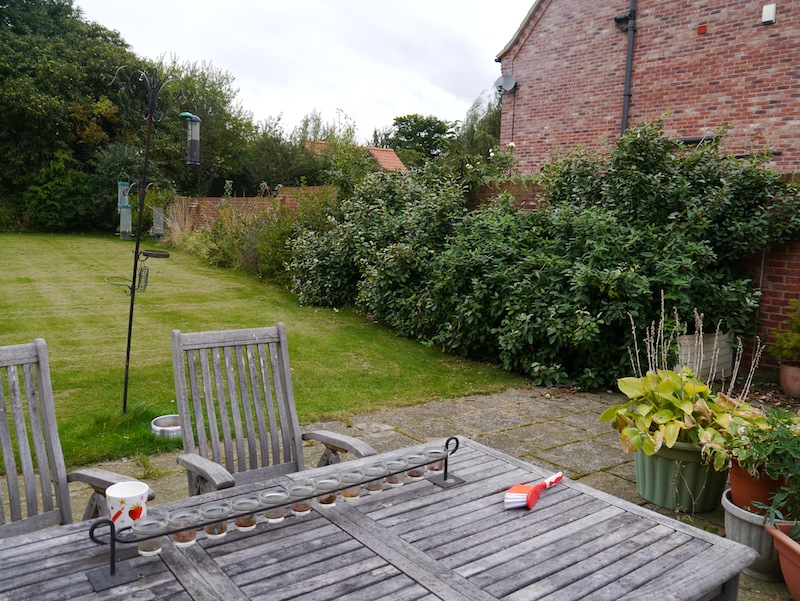 And later he sent a wonderful plan of what his landscaper had in mind for the entire garden. 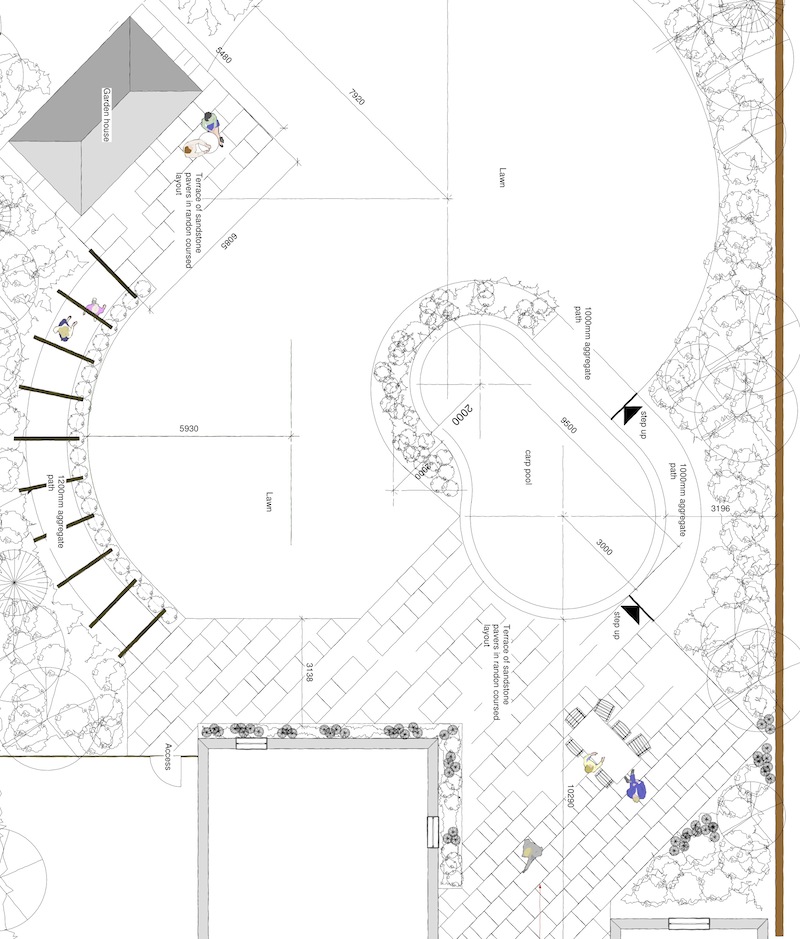 I worked out the volume of the system (around 18,000-gallons) and recommended it would take four E4 units to filter it perfectly. These were delivered in late 2012. 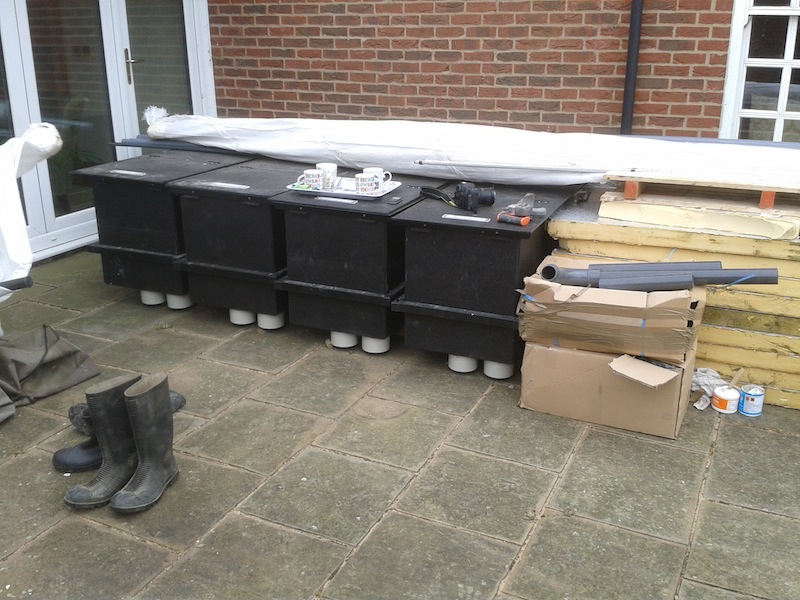 Because of the bad winter we’ve experienced, excavation work didn’t commence until April 2013 but once commenced it only took a day or so to complete, thankfully the ground was bone dry but the drain line had to be diverted.

Ian Miles stepped in here to lay 2” feed and return pipelines on the plastic covering the base. 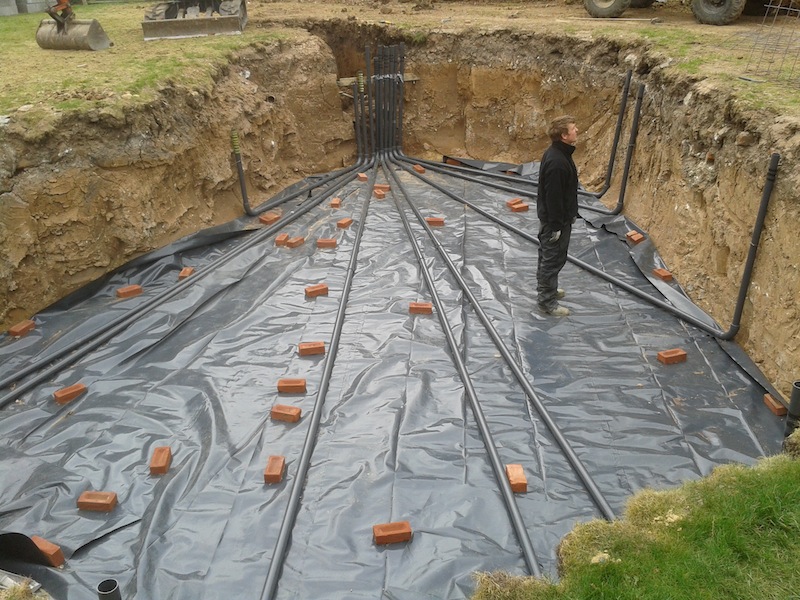 After this the re-bar was placed in readiness for the first 6” concrete base. Please note all the lines have been clearly marked for future identification. 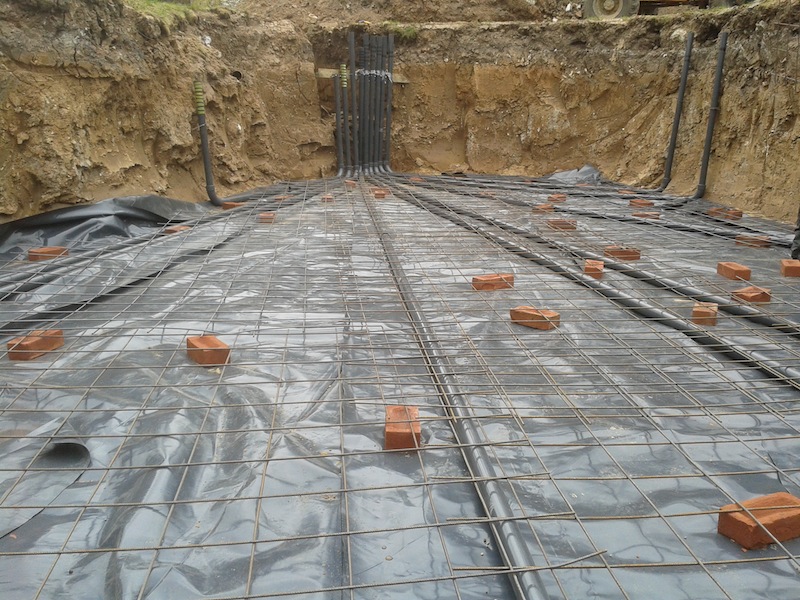 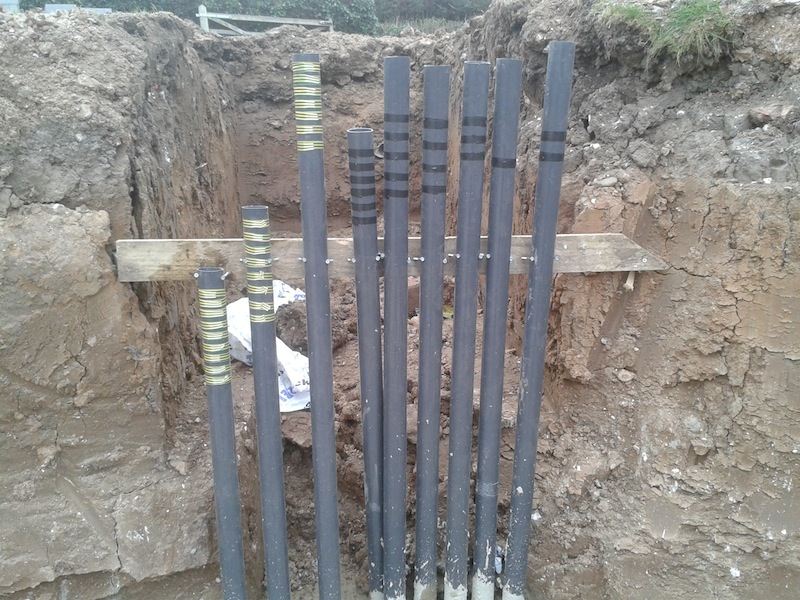 This shows the first base being poured. 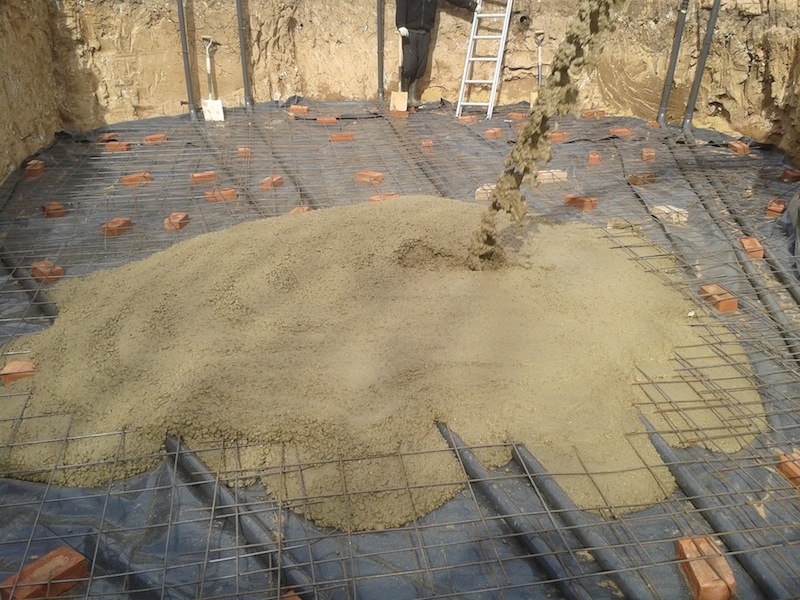 And when the first base has been cured, the bottom drains and lines can be placed. 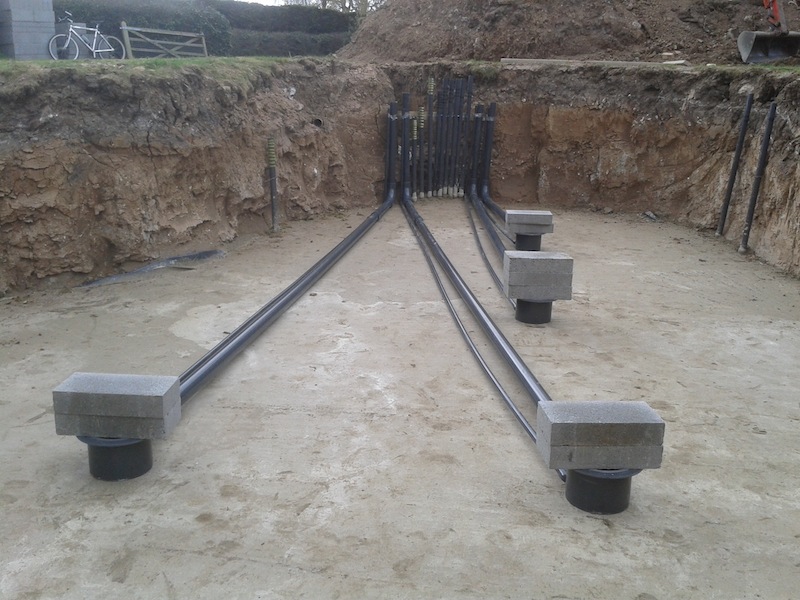 Now the second base can be poured after first ensuring the drains and lines cannot ‘float’. 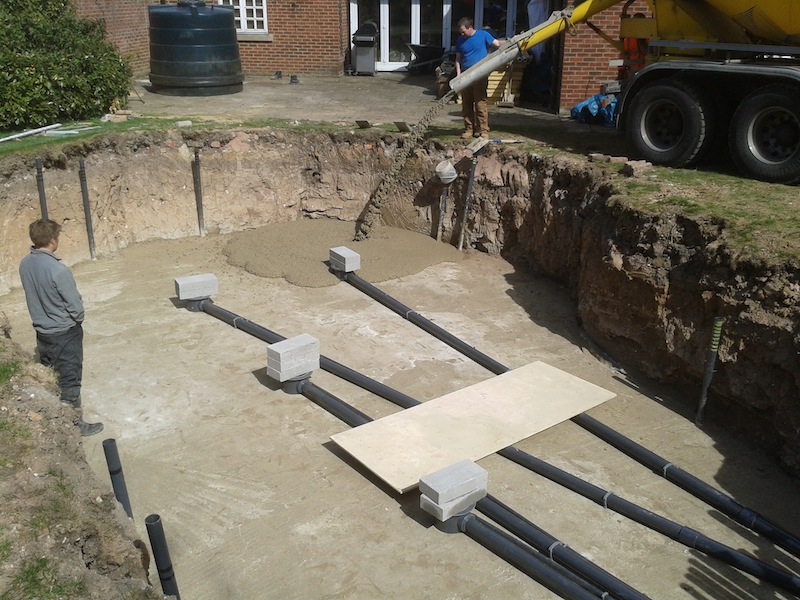 We now have a flat base and the pond walls can commence. 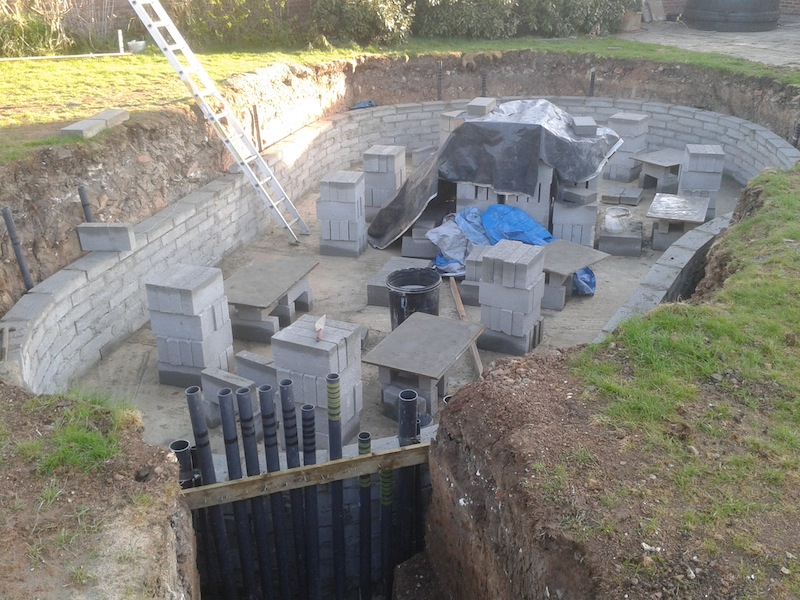 But must be stopped mid-way to allow the wall lights and return lines to be completed. 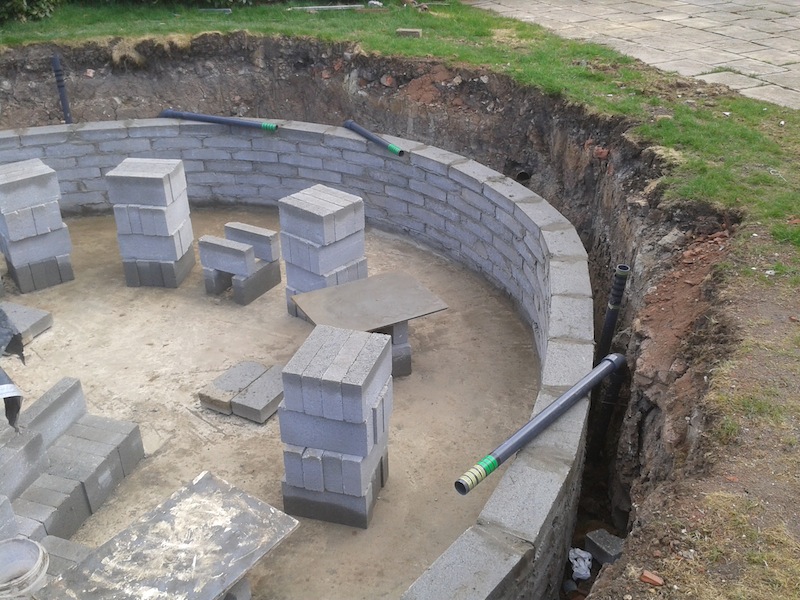 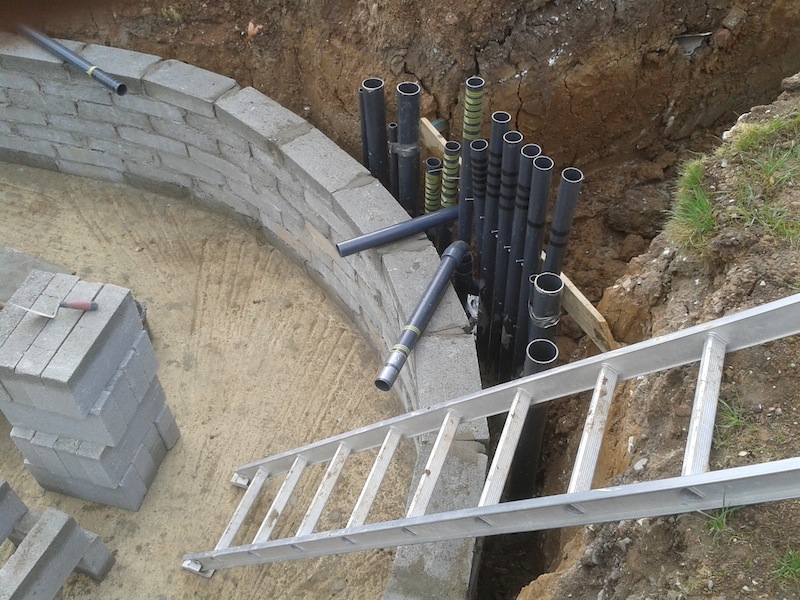 This is how the pond looks today. 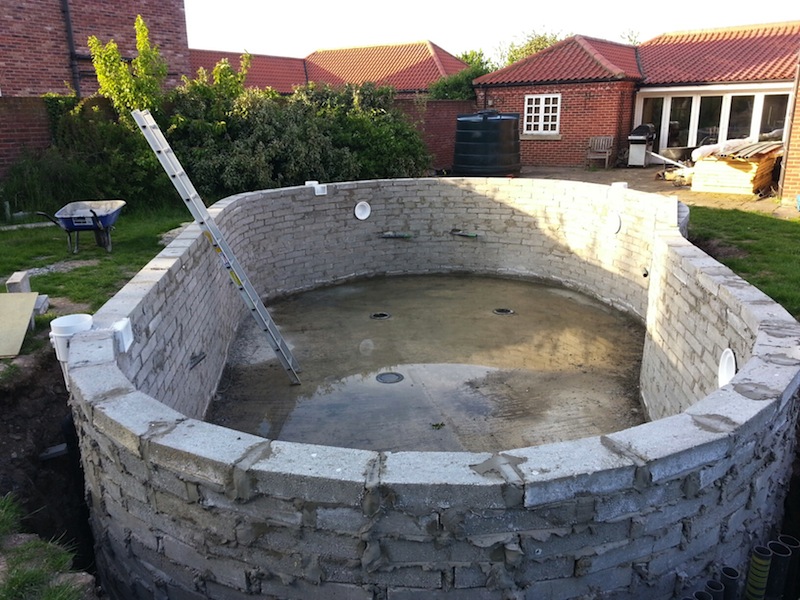 There’s much more to be done on the system before completion and it will all be detailed later.