Have been taking a walk down Memory Lane for the past two days or so regarding my own pond and filter system that’s here today.

To re-cap, this was the inside of the original filter house that I intentionally destroyed a couple of years back – 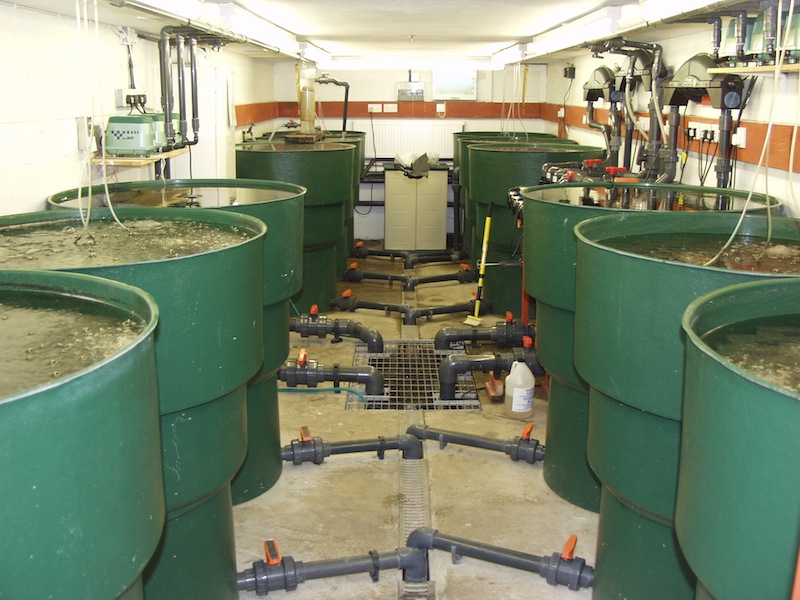 There were 12 vortex filters in there, and every day, before we left for work – twelve 2″ ball valves were opened and closed to hopefully remove the waste that had collected in the cones.

(I say ‘hopefully’ because it was all pure guesswork, we hadn’t a clue what was going on below the filter cartridges because we couldn’t see below.)

The same maintenance was carried out every night on our return, plus the four 3″ purge assemblies on the drain lines were purged to waste – 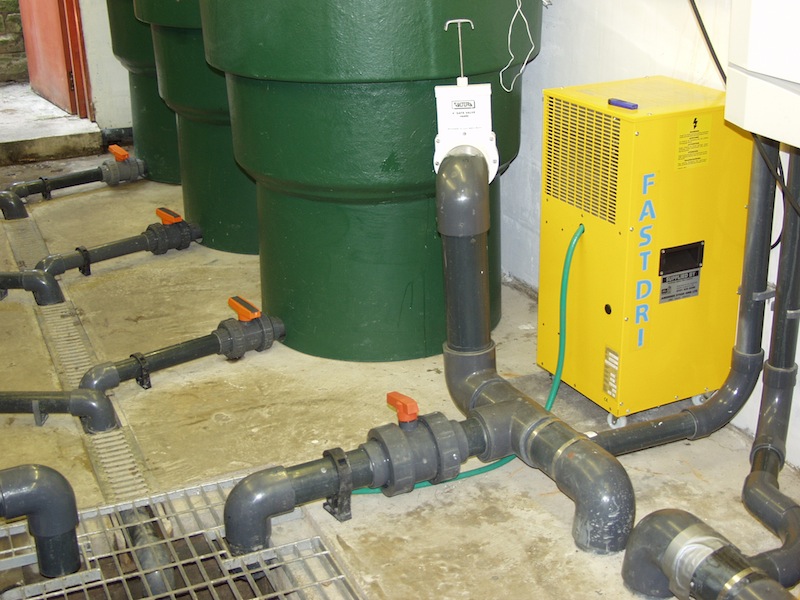 Despite all of this, the tops of the filter mat cartridges soon collected a 0.5″ layer of brown dust and something had to be done to remove it continually.

At the time I couldn’t understand why this was happening?

(It would be some years later before I finally realised that the incoming water was tracking directly from entry and then passing directly to the central 4″ exit at the centre of each of the vortex units.)

In short, there was precious little water contact with the cartridges.

The vast majority of the filter mat cartridges had no contact with incoming water so they simply sat there and collected the settled-out dust.

Of course they were ‘wet’ but worthless.

My guys from Infiltration spent two days every month cleaning out the vortex units manually.

They needed two days to do this because only two banks of filters (6 units) could be drained completely in one day as the pond water level dropped far too low and needed to be re-filled before they left.

The actual cleaning comprised of pressure-washing each empty vortex unit, after first removing each filter mat cartridge then breaking it down into strips before pressure-washing all the brown silt away.

After that each cartridge had to be re-assembled and replaced.

Yes, it was a filthy job – especially in winter! 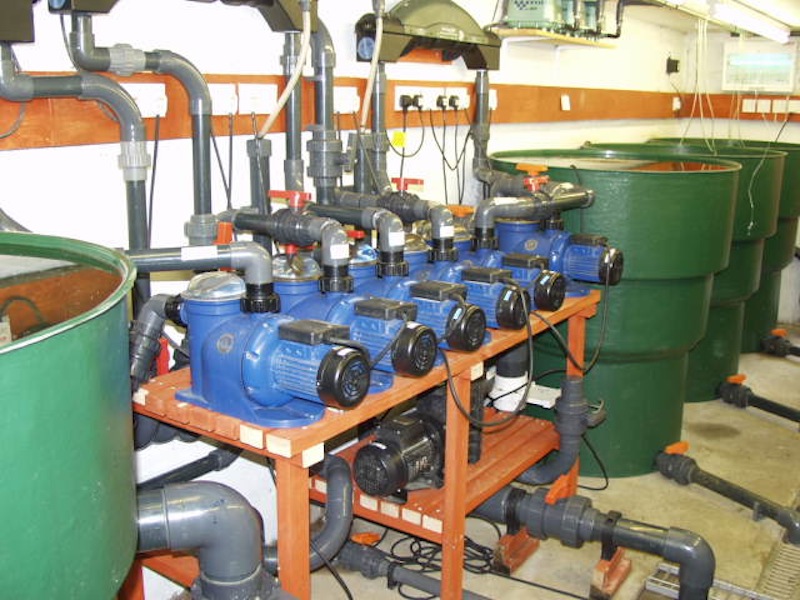 No wonder I wanted it to be filled in – the only thing that was ‘good’ about the system was the landscaping! 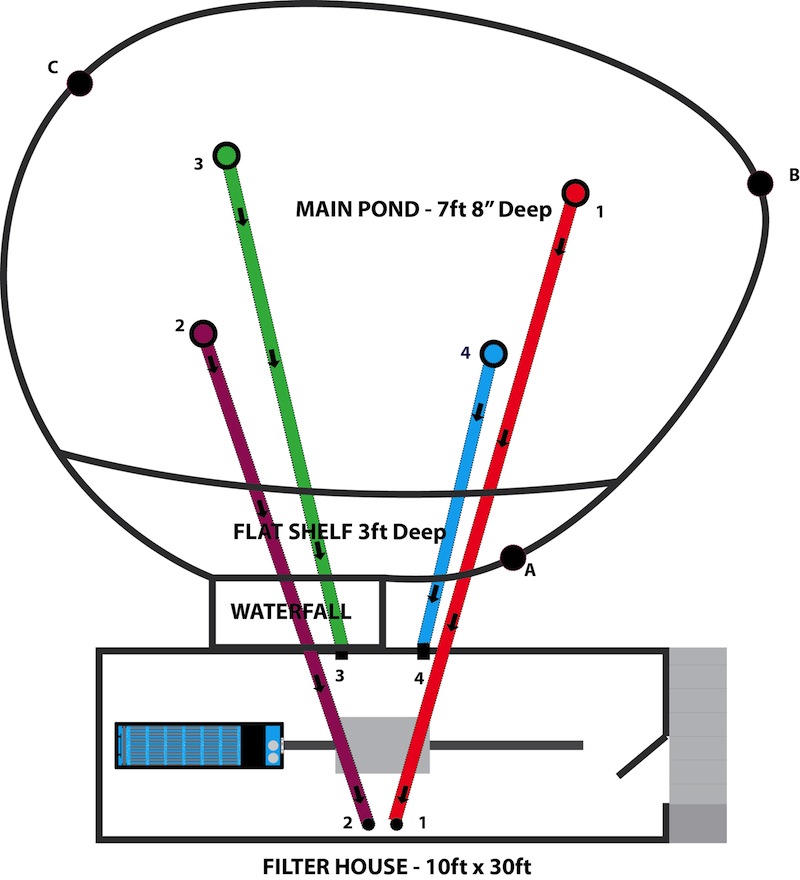 Remember, the filter shown is to scale.

I do the maintenance on the system now, but Hilary could do it equally as well.

This system continues to amaze me because all I need to do now to maintain the entire system, is to turn four 3″ valves one after the next and sit there with a fag and a cuppa then marvel whilst watching as all the waste enters the filter.

When that’s done, I open another 3″ valve to dump the filter and all the waste directly into the discharge box.

And by this, I mean RUNNING!

I’m aware the filter was my invention but that doesn’t stop me from being truly amazed.

(This one took much less than a week!)

It’s not wise to remember the running costs of the old system.

The Koi appeared to be happier before.

(But they are MUCH happier now!)

Water clarity was good before.

(Now it’s MUCH better than I can ever recall!)

Well, of late I’ve been throwing anything and everything I can throw at my filter – but it handles it all in its stride without even blinking.

I’m using a surface skimmer to remove surface debris and also to power the waterfall, but this has nothing at all to do with the filtration aspect of the system.

A new video is being made right now to explain it all in far greater detail; of course the clear unit makes it much easier to explain to others.

As a reminder, this is a true stand-alone system and no other gizmos have been added either before or after the filter.

It’s also the only filter system I know of that can be fully automated.